When you book with an account, you will be able to track your payment status, track the confirmation and you can also rate the tour after you finished the tour.
Sign Up
2033
6 Days 5 Nights
Availability : 365 Days
Max People : 16

Prague, the mesmerizing city of gold-tipped towers, magical bridges and beautiful cathedrals is the capital city of Czech Republic.

Vienna, the capital city of Austria, is an imperial city full of grand palaces, regal parks and dazzling grandeur.

The capital city of Hungary, Budapest is also one of the largest cities in Europe.

Prague city retains its old world charm with cobbled streets, cathedrals and walled courtyards, it has evolved to keep in tune with the modern times and presents a vibrant and energetic vibe that caters to connoisseurs of art, history, music and fine dining. The Vltava River runs through the city and is spanned by many beautiful bridges. There are innumerable tourist attractions in Prague. Home to a population of around 1.2 million people and attracting millions of tourists every year, Prague is a traveler’s delight to discover and fall in love with.

Vienna as a capital city of the Holy Roman Empire, the Austro-Hungarian Empire and the Austrian Empire, Vienna has a grand past, a rich history and trappings of royal pomp and pageantry. There are plenty of tourist attractions in Vienna. Scratch the surface a littl and what you discover is a charming city that takes pride in its culture and rich past, while writing its present in an easy-going, modern way. Vienna awes you with its grand monuments, regal past, friendly and welcoming locals, as well as its lively markets.Vienna stays with you as a warm memory long after your visit and the romance with this charming city never dwindles.

Budapestwas initially the Roman capital of Pannonia Inferior. It became an abode of Renaissance Humanist culture after the Romans left. It is a house of several World heritage Sites like the Buda Castle Quarter, Heroes’ Square, the Millennium Underground railway which is the world’s second oldest metro line and the Andrassy Avenue. It is one of the most important financial and economical hubs of Central Europe. Known for its art noveau architecture, structural geniuses and the bustling nightlife and dining scene, Budapest has much to offer to the tourists who visit this beautiful city. There are so many places and things to do in Budapest.

The gleaming spires of Prague shine brightly on this At Leisure sojourn through the Imperial capitals of Prague, Vienna and Budapest, the springboard to an unforgettable trip. Admire the Gothic, Renaissance and Baroque façades along its cobblestone streets before joining your Travel Director and travel companions for an unforgettable Welcome Reception to kick off your holiday.

Delve into centuries of heritage joining your Local Specialist for a Small Group Sightseeing guided walk past the city’s iconic sights. Visit the final resting place of Bohemian kings, St. Vitus’ Cathedral, set within the precincts of Prague Castle, and admire the Astronomical Clock in the charming Old Town Square with its hourly Walk of the Apostles. See the 14th century Charles Bridge, lined with the Baroque statues of saints before spending the afternoon admiring the spectacular cityscape on your terms.

Today is yours to explore the City of Music on your terms. Tread in the footsteps of the great sons of Vienna – Mozart, Haydn and Strauss, as you delve into the city’s rich musical heritage nurtured by aristocrats throughout the centuries. Consider a visit to the beautiful Baroque Schönbrunn Palace or see the elegant Lipizzaner stallions at the Spanish Riding School – the choice is yours.

The heritage of one of Europe’s most influential royal families is explored this morning during an exclusive Cultural Insight and guided visit to the Habsburgs royal collection of art and wonders before the doors are open to the general public. Visit the spectacular Kunstkammer in this private insider visit and see a treasure trove of valuable objects collected by the emperors and archdukes of Habsburg over the centuries. Later, we join an included sightseeing tour with a Local Specialist to view the Hofburg Palace, the official residence of the President of Austria and former home of the Habsburg Dynasty. We’ll see such sights such as the Parliament Building, the magnificent Opera House and St. Stephen’s Cathedral with its geometrically tiled roof. Spend the afternoon at leisure soaking up the city’s kaffee culture with a slice or two of Sachertorte.

Join a Local Specialist this morning for a fascinating walking tour through the winding cobblestone lanes of Buda’s Castle District in Buda. Visit the Fisherman’s Bastion, view the Matthias Church and drive to Pest to see the Great Synagogue, the largest in Europe. We pay tribute to the seven chieftains of the Magyars in Heroes’ Square before enjoying time at leisure to indulge in coffee and krémes in the charming Jewish Quarter or shopping for Hungarian embroidery and fine porcelain. Tonight enjoy a Be My Guest dinner with the Schieszl family and hear the story of their winery which once sheltered a Jewish friend who was fleeing Nazi persecution.

Venture up Gellert Hill for spectacular views of the Budapest skyline, relax in the Szechenyi Baths or consider an Optional Experience to Szentendre, a charming riverside village popular with artists and craftworkers. On our last evening together, we toast to a magnificent journey to the Imperial capitals and enjoy a Farewell Dinner in a local restaurant. 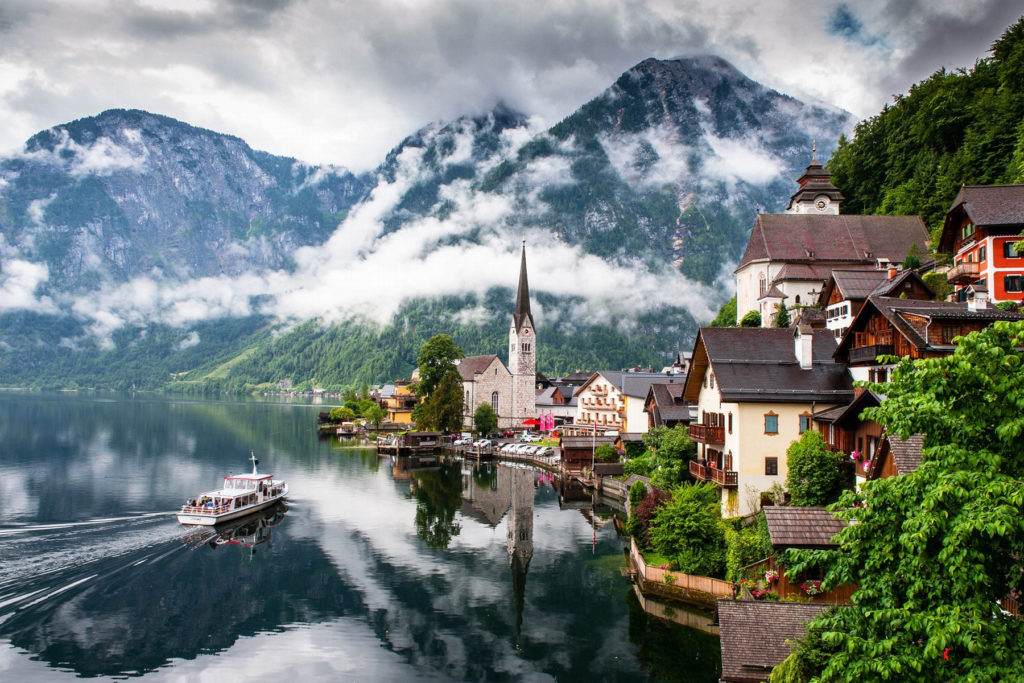